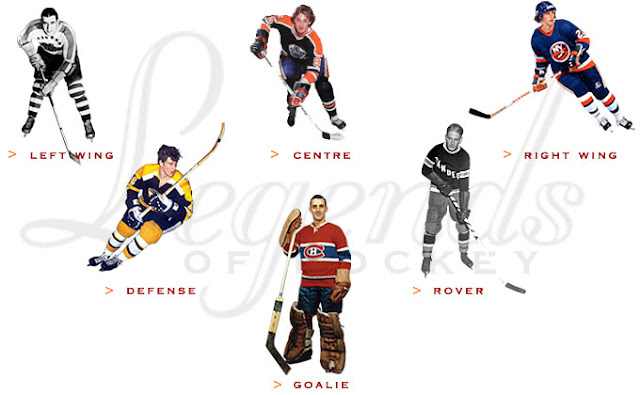 How do you classify hockey players? Many would argue to go by the classical six positions (C, LW, RW, LD, RD, G) while some would argue for a rover (see picture above). I suggest a different distinction. Obviously, goalies are their own identity so they're excluded from this analysis. That leaves players which I will further breakdown into forwards and defence. Forwards and defence tend to have very distinct roles with a few exceptions (D.Byfuglien and B.Burns). In this post I am going to focus on forwards. It isn't easy to decide just which position a forward plays, don't bother asking the PHWA (see. the Ovechkin debacle) because they obviously can't tell. NHL.com is no help either since many of their positional declarations are hilarious out of place (ex. Zetterberg is listed as a LW despite taking over 1000 face-offs last season which places him 48th in the entire NHL). Then there is there is the issue of 1st/2nd/3rd/4th line. These roles are usually overstated by most media types and then there is a designation problem. If a player preforms like a 1st liner but his coach players him on the 2nd line? What really are they? I know, deep stuff. Long story short, breaking players down into categories is easier said than done.

Therefore, I set out to with a fun exercise to reclassify forwards based on their playing characteristics. I used k-means clustering to break the players down into 8 categories based on these characteristics. I want to stress that these measurements are meant to reflect a player's playing style not how well or poorly they preformed. The chart below shows the average of each measurement broken down by cluster. I arbitrarily named the clusters myself, you shouldn't read too much into those. Come up with your own if you want. (You should click on that picture if you want to look at the cluster characteristics more carefully.)

Here is a random sample of ten players and which cluster they belong to. Please don't get too upset if you don't like a certain player's cluster. Remember these clusters group players by "playing style" not skill level. 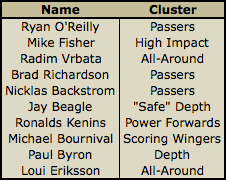 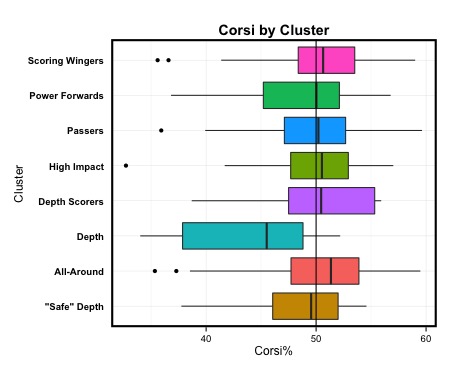 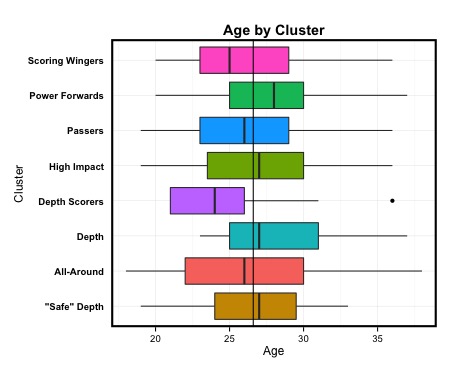 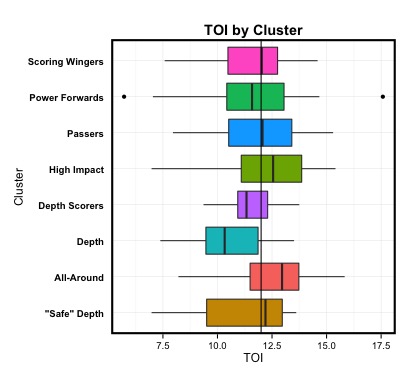 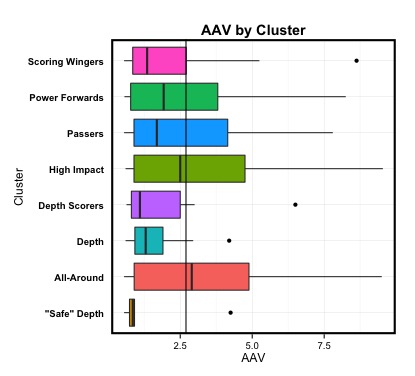 Please let me know if you have any thoughts or questions. You can comment below or reach me via email me here: DTMAboutHeart@gmail.com or via Twitter here: @DTMAboutHeart