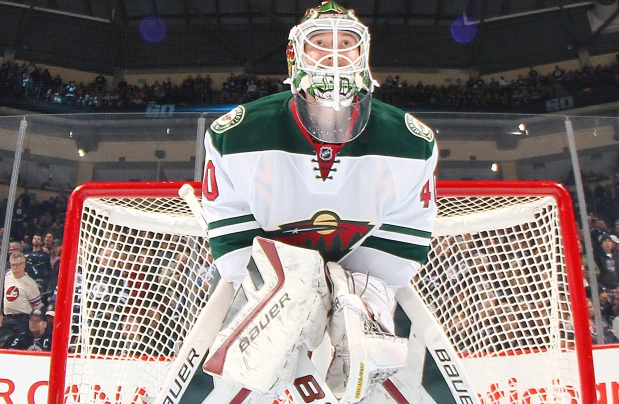 Goalies are voodoo. That should probably be added as the 11th Law of Hockey Analytics. Goaltending analysis is currently one of the most lacking subjects within hockey analytics. Great strides have been made however, with 5v5 SV%, AdjustedSV% and High Danger SV%. A few months back I revealed a statistic I referred to as xSV%. You can click there to read the article but, more or less, I calculated a goaltender's Expected SV% based on the quality of shooter for each shot faced based on a rolling average of the shooter's individual shooting percentage. xSV% is a goalie's actual SV% minus their ExpSV%. A higher (positive) xSV% is good while a lower (negative) xSV% is bad. I have thought more about that specific methodology since posting that article and have eventually decided that with some substantial changes I could greatly improve upon xSV% . Based on factors in my ExpG model combined with regressed shooting percentage for each shooter (same mindset but different process as the original xSV%) I basically started from scratch to develop this latest rendition of xSV%.

The basis of a goalie's Expected SV% comes from the same model I used in my latest ExpG model. Here is a quick breakdown of the different variables and a brief explanation of why they are included in the model:
Now that we have the structure of our ExpSV% we need to add shooter talent into the mix since the model currently assumes league average shooting talent for each shot, which we know is not the case in reality. Generally, a shot from Sidney Crosby is more likely to result in a goal than a shot from George Parros. So I wanted to make a multiplier for each player in each season to get a best estimation of their personal effect on each shot's probability of resulting in a goal.

Using the Kuder-Richardson Formula 21 (KR-21) I was able to find that 5-on-5 Sh% stabilizes for forwards at about 375 shots while 5-on-5 Sh% for defenceman begins to really stabilizes around 275 shots. Therefore, for each season I added these shots (375 for forwards, 275 for defenceman) to a players total shots. I also added a certain amount of goals calculated as the added shots (375 or 275) multiplied by league average Sh% (forwards and defence had different league average Sh%) for that season. This would then allow me to calculate regressed Sh% based on these new shots and goals totals. I then divided rSh% by the league average Sh% (forwards and defence had different league averages) to give a Shot Multiplier. Then multiply this Shot Multiplier for each shot they took in that season. In case you didn't quite follow that rough explanation, here is an example of how this process played out for Steven Stamkos' 2011-2012 season, the highest rSh% season since 2007-2008:

The big issue with goalie metrics has always been how well they actually represent true ability. Sample size is a frequent issue with goaltenders and it has been shown countless times that the only way to truly get a good idea of a goaltender's ability is to take very large shot samples. These samples typically take multiple years to accumulate. Looking at year-to-year correlations, so far, it seems as though xSV% is on par with 5v5 SV%. The interesting difference I found, with the vital help of @MannyElk, is shown in the graph below. To paraphrase his earlier work, the experiment was done by drawing random samples of n games for each 40+ GP goalie season since 2007 and each sample was compared with the goalie's xSV% over the whole season. Essentially, the graph below shows that xSV% will show us more signal than noise sooner than 5v5 SV%.

Below is a wonderful Tableau visualization created by @Null_HHockey, as well as a spreadsheet with all of the relevant information. Once again big thanks to the guys at War-On-Ice for all their help (and data). Everything below will also be stored full time on a separate xSV% page. Enjoy!